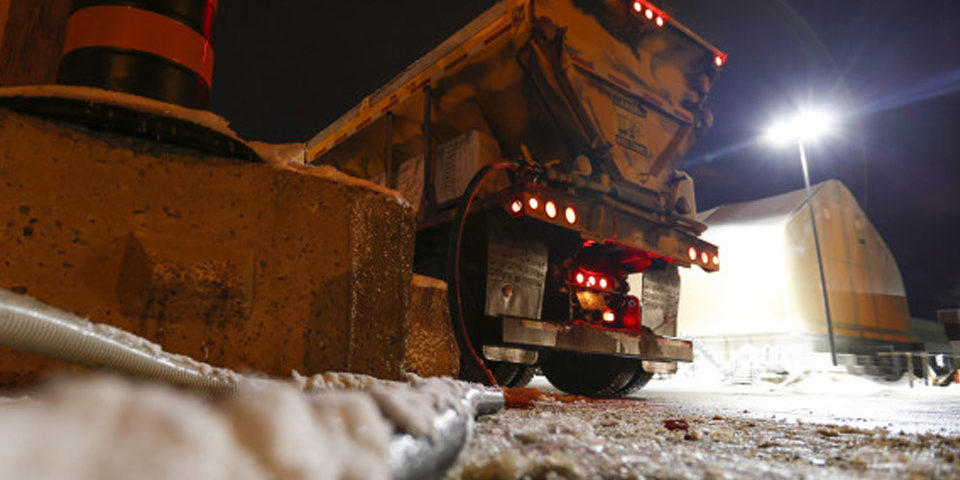 An organic alternative to road salt is helping Canadian municipalities keep their streets ice-free — and smelling kind of sweet.

“A portion of the beet is given to the animals. The rest is used to deglaze roads,” Sylvain Perreault, Cowansville’s infrastructure superintendent, told CBC.

Other municipalities like Williams Lake in northern B.C. have been using Beet 55, a mixture of saline, sugar and beets.

Beet 55 is sprayed on roads before snow arrives. It lowers the temperature required for rock salt to melt ice, and can last for two to five days — meaning it can last through multiple snowstorms.

The city’s municipal director told The Globe and Mail in 2014 that he’s pleased with how the product has worked so far — and its odd, but pleasant, side effect.

“It does have a smell to it. It’s kind of like caramel. It smells like a Tootsie Roll,” said Kevin Goldfuss.

Canadian municipalities including Toronto have also used the organic material in lieu of traditional road salt.

A similar product, Beet Heet, is seeing massive success in the U.S.