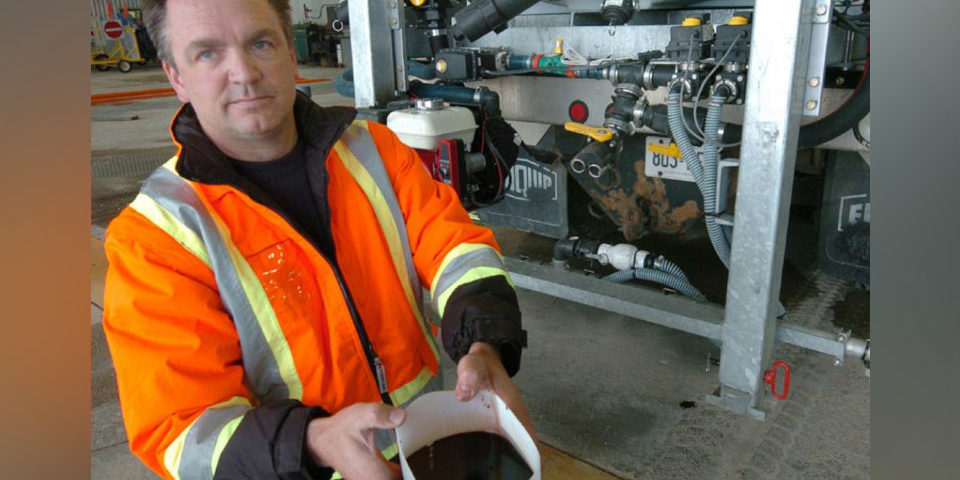 Winter driving in many parts of Ontario has become a whole lot sweeter.

“It seems to be working very well for us and it’s something that we are planning on sticking with,” says David Laurie, Huron County’s director of public works.

With environmental pressures building on municipalities to cut down on road salt use, communities across the province have turned to the byproduct of sugar beet processing. Not only is it environmentally friendly but it’s also more effective at lower temperatures than brine alone.

Toronto uses beet juice only when the temperature occasionally slips below minus 20C. It’s said to smell like soy sauce, molasses or stale coffee when the snow starts melting.

“We are always looking for ways to try and reduce the effects of chloride in the environment,” said Peter Noehammer, director of Toronto’s transportation services.

Municipalities are also concerned these days about being sued by motorists involved in accidents who then blame the jurisdiction for not doing enough to make the roads safe.

With the lake effect making conditions in Huron County so unpredictable, the beet juice-brine combination, in use since 2005, has improved safety, saved operational costs and dramatically reduced the use of road salt or chlorides, Laurie said

“The salt brine you could comfortably use it down to about minus 8 but at about minus 10 degrees Celsius it starts to freeze . . . but adding the beet juice to it gets us a much lower freeze point temperature, the manufacturer of this products tell us minus 25C.

“The idea is to get it on the road and then let it dry on road before the snowstorm or before the ice comes. And then when the ice comes it automatically starts the melting. You never get that bond of hard-packed snow and ice on the road . . . (that) even heavy-duty snowplows can’t remove.”

The beet juice-brine mixture costs 29 cents a litre, compared to five cents for brine alone, but Laurie said there are savings in the long run as the county uses less salt and sends out salters and plows less often.

Niagara Region has used the mixture for about three years, resulting in a 30 per cent reduction in road salt which damages tender fruit trees and vines, said Dave MacLeod, the region’s manager of transportation operations and technology.

The Ontario transportation ministry is working with Oakville and Grey County to test the effectiveness of other beet juice-based products that are added to brine, said a ministry spokesman.

“The ministry’s objective is to provide safe highways for all travellers by using the best available technology. At the same time, we recognize our responsibility to protect the environment, so we use technology to help us determine the best way to clear our highways in the most environmentally friendly, cost-effective way,” he said.

But at this point the ministry says salt is the most viable material for effective snow and ice control.